See more o the Calgary In…

The Calgary Rage had…

The Calgary Rage are a wo…

Flames Swept in 4 by Anaheim 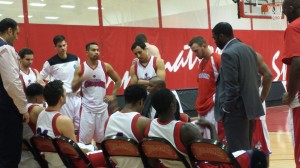 Not sure how many of you have been around to see live basketball or if any of you have seen real NBA action – Live? Well this was not it. This game was more exciting as I listened to the roars of the fans, the squeaking of the sneakers, and the final applause and cheers of a packed gym,

It was a cold night in Cow Town, but the Crush heated us all up with a great victory. It was the home opener of the third season of the Calgary Crush – ABA league and they took the Vancouver Balloholics 110 – 101. 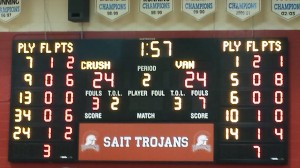 It looked like the game could go either was as told by the score of at the end of the first quarter. It was a back and forth struggle that lead to a 24 – 24 tie at the break. 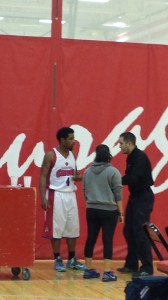 Christian Upshaw said no to the team trainer’s regarding his jammed thumb and kept on going. Not much changed at the end of the 1st half as the the home team only lead by four points to a score of 49 – 45. 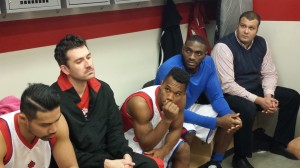 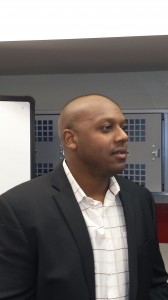 However, with the inspiring words of Head Coach Eddie Richardson – III and Asst. Coach Mich Stevens at the half, the Crush started to pull away. by the end of the third it was a score of 80 – 67 for the Crush.

The win was solidified by keeping by pushing around Yoan Zola 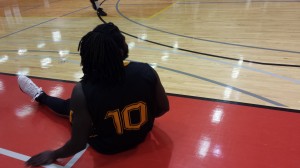 Yoan Zola – no foul pushed of the ball 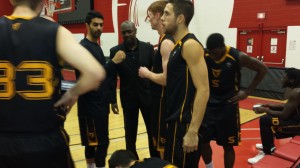 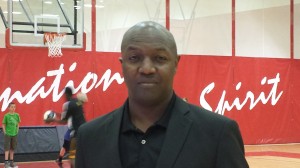 Flames Swept in 4 by…

U of C Dinos vs. Victoria Vikes…

U of C Dinos vs. Victoria Vikes…

A Night Under the Stars

Flames Swept in 4 by Anaheim